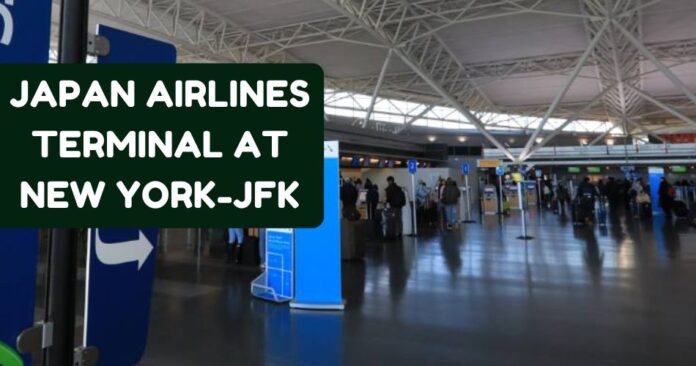 Japan Airlines (JAL) is the national flag carrier of Japan headquartered in Shinagawa, Tokyo. It is a member of Oneworld Alliance and operates passenger as well as cargo flights to various destinations around the world.

In this article, we are going to explore Japan Airlines Terminal at JFK Airport. So, let’s get started.

At present, Japan Airlines operates from Terminal 1 at John F. Kennedy International Airport (JFK). All necessary terminal facilities and services are available at this terminal.

Terminal 1 is located opposite the Green Parking Zone and is accessible via shuttle services, bus, AirTrain or private vehicle. JAL operates from this Terminal at JFK.

The check-in service for departure flights from JFK opens 3 hours prior to the departure time.

Some important information during departure

Like Departures, all Japan Airlines Arrival flights are handled from Terminal 1 at JFK. Terminal 4, Terminal 5 and Terminal 8 are also used by the partner airlines operating codeshare flights labelled as JAL.

Some Important information on Arrival

Transportation and Parking for Japan Airlines at JFK

Shuttle services, private vehicles, AirTrain or Public buses are the transportation services available at JFK which passengers can use to access the various corners.

As Japan Airlines operates from Terminal 1, you can choose to park your vehicles at the Green Parking lot for quicker access. In case the Green Lot is full, you can use the nearby parking zones.

Japan Airlines doesn’t feature its own Lounge facility at New York–JFK Airport however, passengers can access the Air France Lounge and Primeclass Lounge.

Air France Lounge is located in Terminal 1 (Level 1) near Gate 1 whereas the Primeclass Lounge can be found near Gate 9 post-security check.

The eligibility to access the Lounges at JFK airport is shown in the table below.

With that, let’s conclude by listing some key points on Japan Airlines Terminal at JFK.

What terminal is JAL at JFK?

Japan Airlines uses Terminal 1 at John F. Kennedy International Airport (JFK). All departures and arrivals are handled from this terminal. Codeshare flights labelled as Japan Airlines are operated by partner airlines from Terminal 4, Terminal 5 and Terminal 8.

What airlines are in JFK Terminal 1?